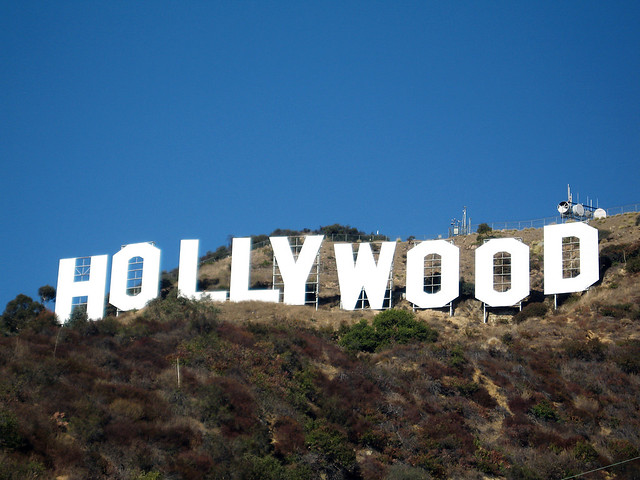 My stuff in storage in Hollywood will be auctioned Tuesday. Just like an episode of Storage Wars my ex-girlfriend loved so much. (You know, the rocket scientist who read less than me and referred to me as “AMW- Actor, Model, Whatever”.) If you’ll be in Los Angeles, let me know for the location. Enjoy. You’re welcome. Contents include:
* pictures of my son Connor, and some of his stuff for those days he spent with me
* Placer High Class of 1989 yearbook with several personal messages written to the “Most Likely to Succeed” honor roll student who entertained by turning every class into a political convention
* clothing I used for many IMDb acting credits earned while in LA
* Most issues of The Hillsdale Spectator (plus related documents), an indy student newspaper I founded in college, resulting in my expulsion and addition to the FBI’s Subversive List. Invaluable source material for a film I’d hoped to produce someday. None of it is scanned.
* Papers, essays and articles I wrote since childhood. None of it is scanned.
* My Eagle Scout Award set
* Financial and legal documents that will be asked of me when I can afford to hire attorneys again someday. Little of it is scanned.
* some random furniture, accessories, books and other crap easily replaced with money
* other stuff I can’t remember and couldn’t fit in a suitcase two years ago

I’m trying to approach a peace at losing all this. They are like totems of experiences meaningful to very few people. Why keep pictures of a son who’d likely find them embarrassing, a son I don’t even get to see? Why remind myself of a childhood filled with the trauma of Unbreakable Kimmy Schmidt level religious abuse? Why remind myself of all the painful toxic adult relationships I continue to attract as I desperately flail about, coping with traumas I can barely identify, traumas others easily dismiss? It will be a while before I can be in Los Angeles again to work, so why have much more wardrobe than my Vegas 90210 costume? No one cares what I did for free expression at Hillsdale College, because people want me to volunteer and donate to their cause. The ACLU and others need me, but my expression never seems to qualify for their help. My earlier writing was politically horrifying and lacked imagination or humor, so why keep it around? My Eagle Scout badge represents an organization of archaic colonialism, xenophobia and homophobia. As a celibate in a costume who gets to be called “fa@@ot” nearly daily now, why should I hold onto anything from the Boy Scouts of America? I haven’t been able to afford a decent family law, bankruptcy, entertainment or business attorney since 2007, so why prepare for a dim future possibility? Going to jail for being the working poor is perhaps less painful than protracted legal battles. Tuesday will simply be another “bad day”. Everyone has those! I’m being selfish dwelling on the matter.

I realize I haven’t done enough. I should talk to my family, because everyone has a perfect Asian, Italian or Latin family that looks out for each other. I should pray, because it technically is not book-burning. I should be grateful others pray for me, because when they pray to their specific angry man in the sky who will not be mocked, it is more legitimate than my cruelly sarcastic suggestion that people pray to one of the twelve Lords of Kobol. I should “get a job”, because laundering money for HSBC or committing wage theft as a “jobs creator” or preying on and discriminating against the different and vulnerable is more legitimate than accepting tips like a bartender who sets his own schedule around delivering laughter (not alcoholics and drunk drivers). I realize what I’ve done with so little since 2007 is not any sign of success. Being a working artist, being one of the working poor in America, it is a criminal act that cannot be tolerated. That is what most people and authorities in my life have taught me. By their actions. This is how you arrest art. This is how you deepen depression. This is how you subtlety suggest suicide among those not American enough to heal their pain with theft or physical violence against others.

Fuck it. I’ll just go make people laugh. That is the only way people can take my truths. I communicate my pain from your world through a silly character wearing an outrageous outfit. Because I can. Because no one else can. The way I do. Because I somehow capture the laughter and curiosity of humans from the common global tourist to Twitter Verifieds. Because that is literally how I stay alive. As Marlon Brando would say, by lying for a living. That and Robin Williams haunting me like Hamlet’s father. People listen best to dead poets. But can I say a cheery Ronald Reagan good morning to my Vietnam just one more day? Robin seems to keep asking me that, anxiously pacing a stage in an empty theater. He misses the narcotic of his audience. There’s more work to be done. Throughout the ages, we never seem to catch the conscience of the king, but maybe one day we might. Robin desperately wants to. But he can’t now.

Some people become alcoholics. Some people become addicts. Some people physically abuse others. Some people create no income and steal from others. I earn money making people laugh. I share my pain through writing and comedy and wearing short shorts and rainbow tactical leg-warmers without a net or a bouncer. My vacation is busking for a living between the occasional SAG-AFTRA gigs in Las Vegas. The violence of American family and tenant law I just take. Like a man. There’s no 12 Step or “help” for people like me. My headshot doesn’t match my struggle. Society cast me as a middle class sales douche bag. Why the hell do I insist on being a working artist beneath the poverty line? I get it. I’m the asshole. But not the kind of asshole that gets to sit with us. Make us laugh clown. We’re not your friends. We are consumers. We only like you when we get to consume you